It has been almost one and a half months the last time I blogged. In the times that I went missing from the blogging world, people had been asking me, what happened to me, what have I been doing, am I that busy, or was I just having some problems that I needed a break from these online stuff.

Answer is no, I have no problems and nothing is bothering me. I'm just busy with work and nothing else. When I have the time, I spend online, but not blogging for sure. I go out, I still do, like before, and not as much as previously. I have cut down on going out ... A LOT. People wonder too, but unlike the me before, I am staying much more at home now compared to before. WHY? It just happens, no reason.

Just like the old saying when you have a drastic change on your look, there must be something went wrong, very wrong with your life that you decided to move on. Hence, the change. Two weeks ago, I had undergone a very major change, the first ever time in 6 years. It was 6 years. It's no joke, 6 long years. When I decided to just go on a drastic one, everyone wonder why too. I could not answer. The answer will be revealed later. But first let me put some updates here, to show that I am still very alive and kicking.

For the first time in 6 years too, I actually turned up in a steamboat party, with all my other ex-classmates. I know!! I know the last time I turned up was 6 freaking years ago and never did after that, until 3 weeks ago. I also actually went out with them few days back to some place called Scarlet. Issues and news had been going around, just like before but this has nothing related with my ex-classmates lolz I know I am damn random.

What have I been doing lately is something that I will not do previously. I have been sleeping a lot and I never get enough. One thing is the same though, I still feel as tulan as before. It never changes. So yeah back to topic, anyways as I was saying that I went for a very major change, I told people to take a last look before I do something that will change my outlook. Nobody believed me, nobody thought that I will do such thing, and they just never take me seriously. Though I have been saying that same thing for the previous few months now, no action was ever taken from me. This time, I am just dead serious. 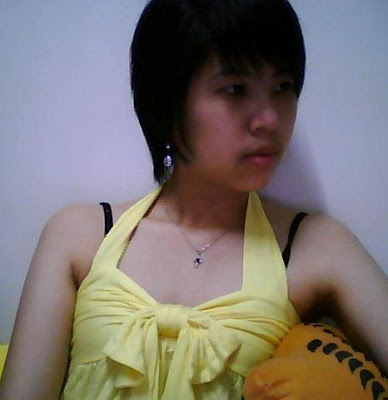 This was on the day I cut it 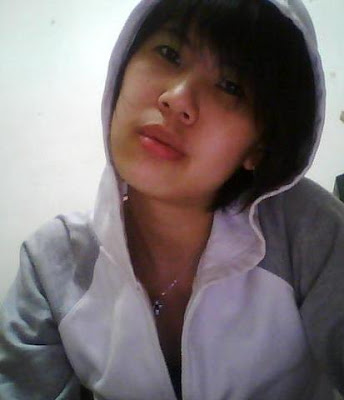 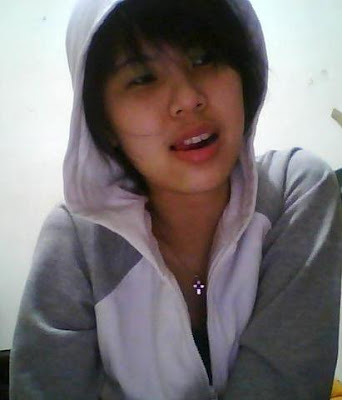 Yes, I cut my hair short .. REAL short. Everyone asked if I was heartbroken or was I even out of my mind? LOL. See, I told you all to pay all your last respect to my hair, coz I know this time I am for real and I am not playing around when I say so. It took me a few months to decide it, so I am definitely not fooling around. Those who saw me after that could not recognize me, so many thought I am somebody new working >.< my gawd.

Til to the extent somebody actually PRAYED that I will not turn into a tomboyish though guys are so whatever these days HAHAH that is the SMS of the day.

I'm actually very happy today, not to say VERY but yeah I am happy becauseeee ... I donated blood. Yes, I am very selfish, I only give to only one blood group haha. Yup, I am AB ... the universal receiver.

Last question, am I really back to blogging world now. Answer is still no and I do not know. Maybe yes maybe no we shall see