My Dream has become a reality

I was sick for the past weeks and I am not exactly recovered. Going in and out of the clinics were not being much of a help either.
Guess what ... It's all good now. Even though I am not 100% healthy, at least I can talk and there's no fever, I am having the time of my life right now. I am in .... 한국에.... Korea!!!

We were in Incheon 인천 on Monday, came here to Jeju 제주 on Tuesday and we will all gonna rock Seoul 서울 from Saturday.

I can't believe it that our dream has finally become reality. Who says that dreams don't come true? It does now, I'm living in my dreams for 11 days. I am enjoying every bit of it now. It varies from the food, to the language, to the people, and even to the exercise haha. Everything is good. It's just marvelous. Ahhh omg. I love my life hahaa...아아아아... 정말 행복해요.
Posted by Panda um 8:54:00 PM 6 comments: 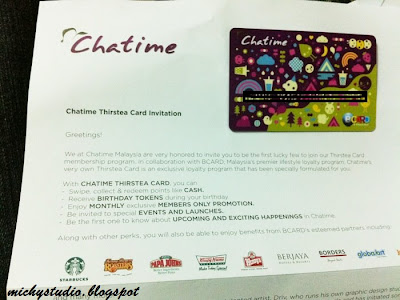 Okay, I am not a big fan of the bubble tea thingy, but I do have it once in awhile. I am not the hardcore fan that get a drink from them every single week or every other week. I just drop by once in awhile when the weather is too hot, I'm feeling rather thirsty, and the queue isn't that long (which is rare).

I have no idea when did I apply this. The only thing that is possible is when I took part in the contest to win a mobile phone and I have forgotten what mobile was that for. Perhaps, a HTC? That was ages ago.

With this card, the member may enjoy the typical loyalty card benefits, and that includes points redemption, birthday tokens, members only promotion, invitation to events and launches and etc. They have partnership with participating outlets as well such as Starbucks, Kenny Rogers, Wendy's and etc to name a few. This is called the BCard.
Posted by Panda um 10:11:00 PM 2 comments:

The Power of Karma

It has been almost 4 years now that the incident happened. Someone that had betrayed a trust that had been put upon them.

Thinking back on that incident makes me wanna throw up at that person. When you have already been accused, you just wouldn't wanna have anything to do with that person anymore. But, that person, despite saying stuff, that person still comes back to you asking you to go out for a drink, and asking how's life. Maybe, she doesn't know that her secrets have been revealed and exposed. Perhaps, that person doesn't have any conscious in the first place to be doing all these trashy and immoral stuff.

It's okay and it's fine for all these unfortunate events because certain people are born evil. Karma will definitely strike back, for, if you are true to your conscious, you did nothing wrong, there's nothing to be afraid of. These people will get it back 10 times worse than what they had done to you anyway. Time will tell and time will prove that evil people will have to bear the consequences one day. It might not happen now, but it will definitely happen. 10 years or 20 years down, it will still come back to you. You might have regretted but there's definitely a payback time one day. Just be true, sincere, and genuine. It's a fundamental to be called a human. If you think that you can get away after misusing and betraying people's trust, then, I shall really say all the best, because I don't think that happens. There are a lot of unexplainable things happening in the world. Certain things are just meant to be in certain way and theory can't explain why either. The power of karma.
Posted by Panda um 4:30:00 PM 1 comment: