There are socially awkward people around. Or even, ourselves, are sometimes caught in this situation too.

We tend to get awkward in some social settings, but that doesn't mean you are a socially awkward person in general terms. Maybe, it's just for that. But, if you are consistently feeling that way all the time, then it's time to get yourself checked.

I have come across one, that I am very much convinced he falls into this category. He comes out as having a weird behavior.

This person would ask me a question, after he has the response, he will go on and on about explaining the answer you gave. Really, what's the point? Then, why not, ask the question, answer it on behalf, and then explain it too in 10 or 30 minutes. It leaves that other party speechless. The outcome? They probably will just wanna walk out.

Maybe, they should know how to structure their sentences, the questions to ask, so basically the topic of conversations. There's no conversation flow, and it's certain it doesn't flow naturally at all.

If someone tells you that they don't have time to text you or reply you and they only reply important messages, that is sufficient to know the person doesn't want to be communicating with you any longer. If that person seldom responds to your text messages and all are 1-2 worded replies, what does it say? What took you so long? Most importantly, there's no connection. For a normal person, they would have stopped and left. Sometimes, it's entertaining, yet irritating.

First of all, they should know and understand social norms. That's the first. Maybe, self help books and guides may or may not be helpful. I don't know. It's absurd. Take that one step forward, to understand.
Posted by Panda um 7:11:00 PM No comments:

It was just a day of crapping away in a cafe in Cheras, that this idea came up. Let's go to BKK! Checked the flight ticket and booked! So, we are going to BKK! This was back in November last year. Also, it has been quite awhile we didn't travel with each other, just the two of us. It's a good time to do just this. I've never thought about anything else in my mind. I was so eager to go that I have forgotten my friend's wedding that fell on the same day that I flew out. Oooops~ That being said, another friend that's getting married end of this year had warned me not go leave the country, or outstation. Haha!

Honestly speaking, as sad as this may sound, this is only the second time I am stepping foot into Bangkok. The first was in 1995, and a break of 19 long years, I finally managed the second time. That's a super long gap in between! 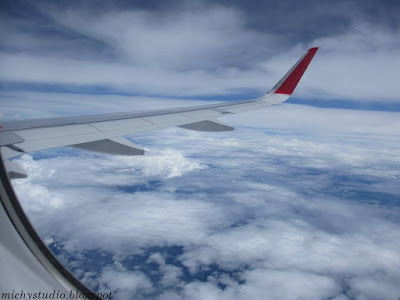 This is very cliche, a typical travel photo. The wings, the cloud, and the blue sky from the window seat. 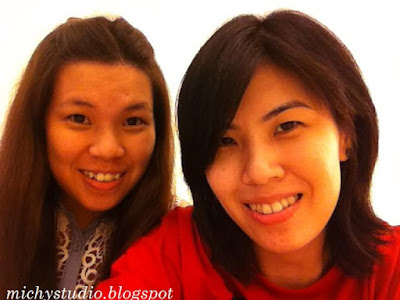 After all the transits and transfer from one form of transportation to another, we finally arrived at the hotel we stayed in. It was such a strategic location nearby Platinum mall haha. 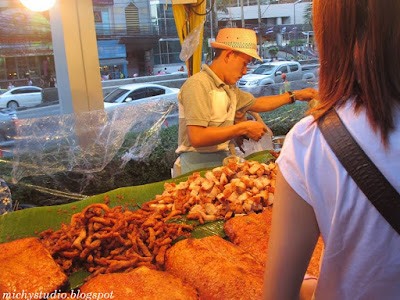 Then, it's time to get going. Let's get out! Oh, managed to pass this stall selling pork and he's like the best seller there. We decided to join in the crowd. Yummy! It was really a hot day. Thank God, it was already the evening. 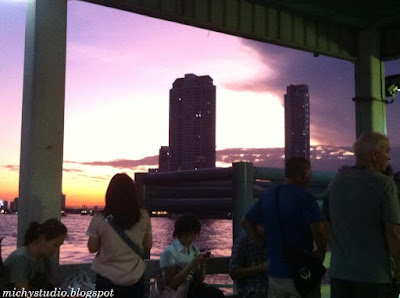 That was a pit stop. Our intention was actually to go over to Asiatique. We had to take a boat over from Taksin Bridge using BTS. BTS is their train. 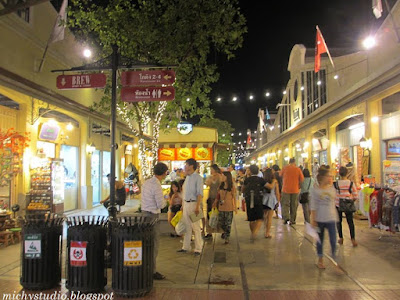 Finally, we arrived here at Asiatique. The boat is crowded but it isn't too bad because it's not long. It's a nice windy stroll here. Different types of restaurants, shopping, and also spa is available there. It's a very touristy place really. 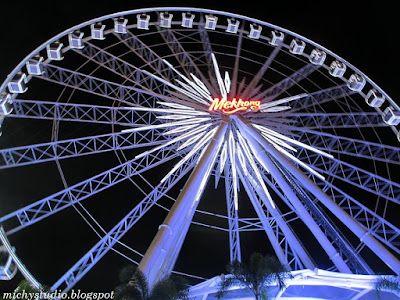 The ferris wheel. There were signs of celebrations for the New Year.
Posted by Panda um 12:28:00 AM No comments:

For some reason, after so many years, I still remember what this woman asked me back then, 7-8 years ago. It's not something important but my brain works that way. It remembers every single little detailed thing that's not important. It just came to my mind today, God knows why.

See, we were working in an industry that doesn't give us any social life except for an intoxicated social life, or mamak. Choose one. Back then, partying is how it goes. We don't mamak. It was boring to mamak. Being young, bored, and no daylife, we frequent clubs and bars.

This woman, whom I wasn't close, and still not, asked me if my bf knows I club so often. I just hate it when people say things like that, like as if I have to follow the norm to have a bf like her. C'mon, boring much? It sure was. I asked her what made her think I had one? Her reaction was way too dramatic, "what?! You don't have." Hello, it's not a crime and why must I have one. Irritating.

She told me that I should think of settling down already to have a stable life. OMFG. You gotta be kidding me. I was 23-24. I told her that I don't wanna lead a boring life like her.

She got married months after that, and it amazed me that not long after she got married, heard stories of her cheating on her husband. Ah, this is really amusing. Get married and cheat. So, that's the whole point of getting married I see. It's not for me to say a word, but yeah woman, great advice..

Right after she left, I didn't see, heard about, or talk about her anymore. Well, let's just say, the interest isn't there to know about her amusing life or things that she said.
Posted by Panda um 11:47:00 PM No comments:

After we left Cardiffthe day after,  we went to Bath and Stonehenge before crossing the English Channel. 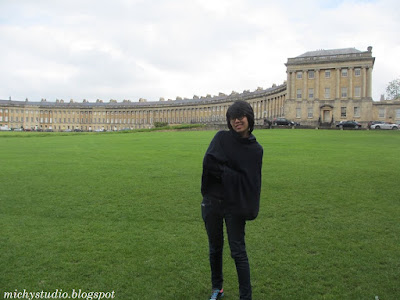 That's the Red Crescent. Maybe, justice is not done through pictures. 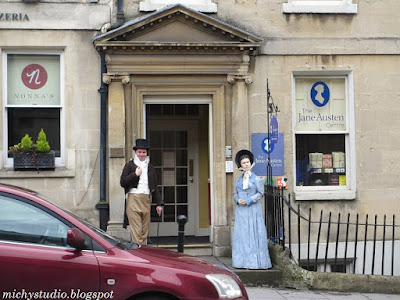 This is Jane Austen's exhibition in a street called the Gay Street which she's an English romantic novelist and has the most widely read novels in English literature. 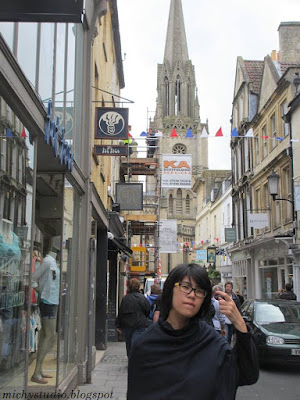 The town in Bath. Ignore that face. 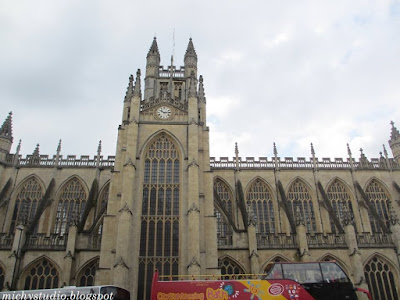 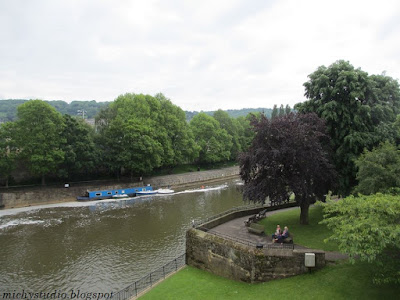 Then, it was another few hours drive over to Stonehenge. This is actually in the UNESCO World Heritage back in 1986. Even after having visited the monument, I don't see it why. 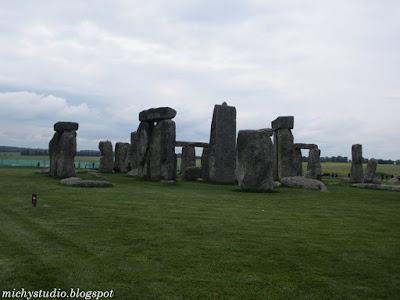 It's a monument in the middle of nowhere. It's a prehistoric monument. I don't get the whole idea of this. It was some solar, some sunrise, and when you stand at a certain spot, you see something. In conclusion, I don't get this whole thing. I don't know how to appreciate things like that. Give me the mountains anytime haha. 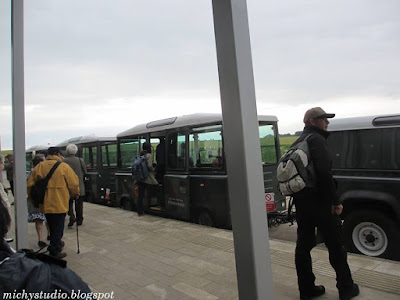 So, the distance of the entrance and where the Stonehenge actually is quite a distance away. You need to take this ride there. 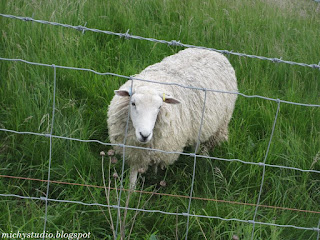 In the end, I enjoyed seeing this more. Haha.

My Euro & UK trip has come to the end. We have gone back to Morden, London and just that few more days, I flew back to the reality, KL. It was a great trip, despite missing out to meet some I wanted to. There will be another chance, maybe not so soon, but there will be another time. It was amazing and what I like about traveling, it's the experience that comes with it.

I don't travel just because I wanna see things and all that, but the most important part? Really, it's that experience that cannot be bought. I love to see from the architecture of the buildings, to the people, and how people live and all that. Of course, the history of the place too. Not to forget, going back to the place I once was for studies, it was really great except, I didn't get to go to Luzern. It's too bad, but who knows, next time.
Posted by Panda um 10:49:00 PM No comments: