After such a long hiatus, it's about time the Siem Reap's photos should be up.

So, after yesterday's circus, which was still very fresh in my mind when I woke up, we had to go to the next itinerary. It's the sun rise in Angkor Wat. I mean, that's the whole purpose we were there right. 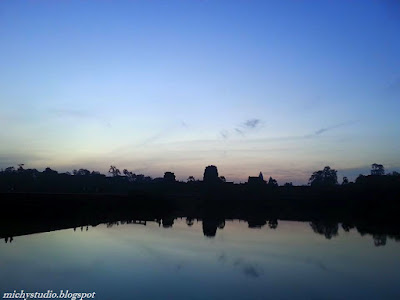 How can you not love this place? It's such a beauty. 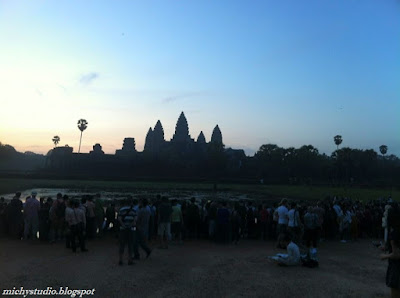 So, everyone else did the same. Woke up at 4 ish to wait for the sun rise. Not cool. But anyways. haha. I don't even get up this early to work. 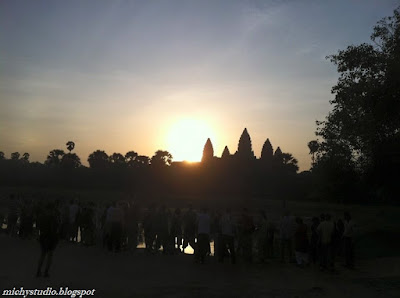 Tadaaa the egg yolk has finally showed itself. It is around mid March to end up March, the sun is aligned right above the Angkor Wat. But, that's also the reason why during that time, everyone would be there for the same reason. Siem Reap will be packed. 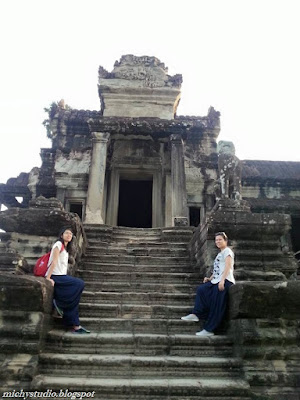 Finally, the sun is shining up above us. It's time to go home, not. It's time to get into Angkor Wat. The main temple. Get ready for lots and lots of walking to do under the hot sun. 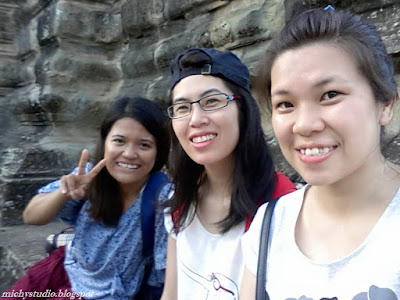 Things are so much easier when you have a local friend to bring you around. Trust me, it's way easier. Just that, didn't think that we'll be meeting in Siem Reap. haha. 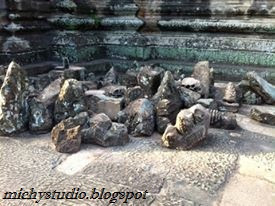 See, the Angkor Wat and the temples around there has been there for eons. There was no concrete evidence on the history. It's all based on beliefs. Probably, it's time to make a trip there before all their stones fall, like the picture above. One by one, it's falling. 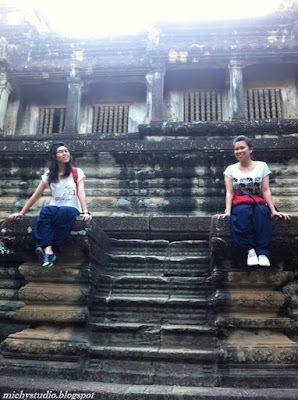 That's actually a pool during the olden days. Before us, there was a photoshoot session. OMG seriously you people.
Posted by Panda um 2:29:00 PM No comments: